If you're trained as a security officer, you may be able to find a job working at professional sporting events. While this can seem enticing if you're a sports fan, you'll have to remain focused and remember that this is your place of work, just like any other. One issue that you'll occasionally have to deal with is a fan running on the field. Fans who want the spotlight or who have had too much to drink can often hop the fence and streak across the playing field, and it's your job to catch and subdue these fans. Here are some strategies that you can employ to deal with this situation.

It's possible that the fan you're chasing is faster than you, so you want to avoid getting into a situation in which you're simply following on the heels of the fan as those in the stands cheer and jeer and the game is delayed. The minute that the fan hops onto the field and you give chase, you should be thinking about using angles to your advantage. For example, if you come at the fan from a different angle than right behind him, you'll often be able to steer the fan toward a tall fence or even other security personnel. This strategy can end the situation quickly.

Detain, But Without Excessive Force

You have the right to detain the trespassing fan once you're able to catch him, but you need to avoid using excessive force. Excessive force from security personnel can lead to legal trouble, and you have to count on the fact that scores of other fans are filming the incident on their smartphones — and if you act inappropriately, the footage could quickly go viral. Hold the fan firmly, on the ground if possible, and wait for the police to arrive. Pro stadiums have on-duty police officers, so you can count on an officer catching up to you very soon.

Use Something To Cover The Fan

Sometimes, inebriated fans will remove their clothing to run across the field, so you'll be responsible for covering up the fan as soon as you catch him. Doing so can diffuse the situation, as well as make the environment more friendly for families. A common approach is to remove your security windbreaker and place it around the fan. While you'll want to wash the garment before your next shift, it can serve as a valuable way to block the fan's body from sight. 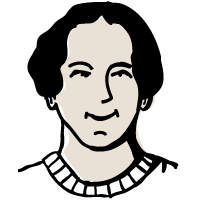 I have always loved feeling safe and sound, but a few years ago, I realized that it wasn't going to be a possibility for me unless I started focusing more carefully on security. I began talking with family members and friends about what they could do to help, and I was able to track down a team of security experts with my best interests at heart. They were really incredible to work with, and before I knew it, I was retrofitting my home with the best of the best. This blog is here to help everyone to make better security choices each and every day.

Own A Business? Hire A Fire Watch Security Guard To Keep Your Employees And Building Safe
20 December 2022